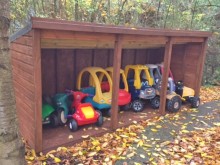 ​The Colchester branch of Keyline was delighted to donate materials to The Sick Children’s Trust to enable the charity to build a shelter for outdoor toys kept at Acorn House. 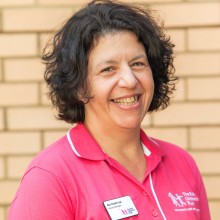 Acorn and Chestnut House Manager, Abi Abdel-aal, has been recognised in The Independent Happy List 2019 for her dedication and commitment to families with seriously ill children at The Rosie and Addenbrooke's Hospitals. 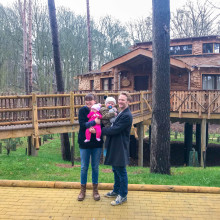 The small home comforts of a warm room, hot shower, fluffy towels, and working kitchen make a world of difference.

Parents Michael and Holly have been supported at Acorn House on more than one occasion. Both their children, Max and Lyra, were born with a rare condition occurring in 1 in 1,000 children and have needed hospital treatment in Cambridge over the last three years. 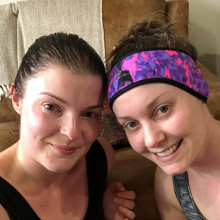 Becks Jones will be running the iconic race on Sunday 28 April to raise £7,000 and thank The Sick Children’s Trust for supporting her family in free ‘Home from Home’ accommodation just minutes from her daughter’s hospital bedside. 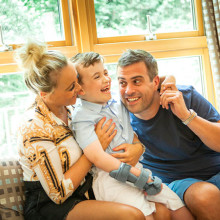 Seeing Bobby laugh and play with his sisters in an environment other than the hospital ward gave us the small glimmer of hope we so dearly needed.

At just five years old, Bobby, was involved in a car accident which left him with life-threatening injuries. and was airlifted to Addenbrooke’s Hospital, Cambridge. He had just a 10% chance of survival and within 48 hours underwent three brain surgeries. It was during this time that Jeff and Carly were told about Acorn House, which became their home for four months.